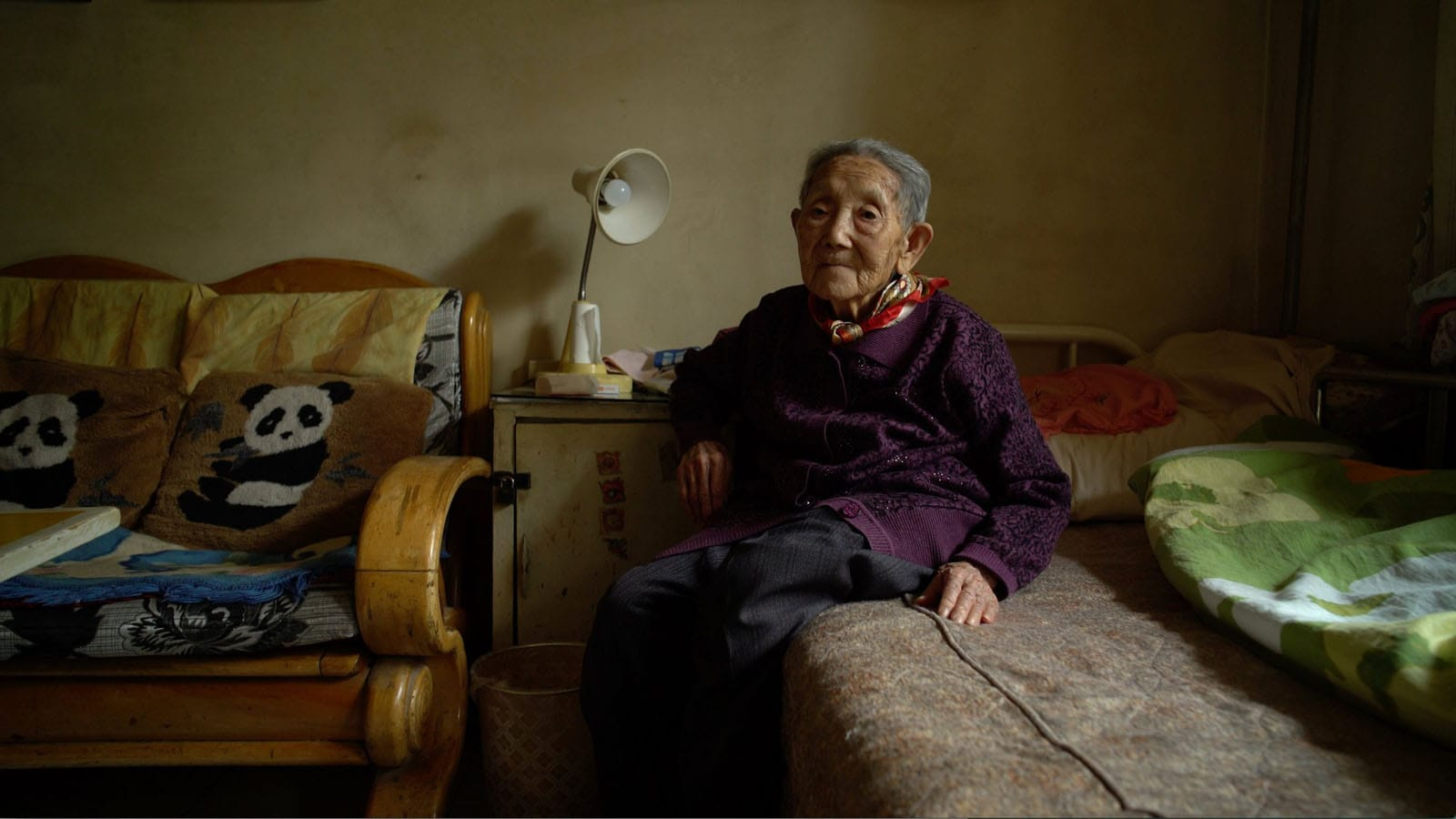 This piece was originally published on dGenerate’s website as part of a series. As a small means of solidarity with curators, critics and creators, during this extraordinary moment of crisis and confinement, dGenerate Films is opening their doors to those interested in writing and engaging with their collection. Writer Michael Scoular has reviewed films for Cinema Scope, the Georgia Straight, Vancouver Weekly, and Montecristo Magazine.

The immersive, unforgiving documentaries of Wang Bing are often described in terms that would have their director as the Olympic marathoner of the contemporary cinema pantheon. Not only do his films appear monumental by virtue of their long running times, but Wang, even when his voice and image are effaced from his films, is no less present, evidently matching as best he can the intense physical demands of his subject’s environments, whether this be the toxic fumes of a smelting plant (the “Rust” section of West of the Tracks) or the everywhere-by-foot vertiginous slopes in Yunnan province (Three Sisters). The reception that has followed his career is consistent: Wang is a master filmmaker. And at least a half-dozen of his films have variously been called masterpieces.

This label makes a little bit of sense. Certainly, it’s impossible to watch a film of Wang’s and be left indifferent; each leaves a great impression. And to praise one of his films by summarizing its events, the seriousness of its subject matter, the confidence of its camera pivots, and the sobering facts contained in its end-title cards makes his work more approachable and categorizable. Still, there might be no filmmaker working today who spends more time defeating the notion of a coherent path to mastery.

In lieu of his approach of overwhelming, granular specifics, two isolated moments might be revealing enough on their own: the two on-screen appearances of Wang in Dead Souls, his most recent film to screen in North America.

The first occurs 90 minutes into the nine-hour film, as Wang enters the apartment of Qi Luji, one of the few survivors of Jiabiangou labour camp. Qi apologizes for the cold apartment — it seems the heat may have been shut off — and offers Wang a couchseat, but the director silently demurs and trains our view on the surroundings that will be the film’s focus for the next 40 minutes. As he pans, he appears as a reflection in a floor-to-ceiling mirror at the end of a dark hallway, the image of the direct-cinema descendent: lightweight camera held out in front of his chest, absolutely precise in what he’s choosing to point toward, in the flow of the present-tense. By this point, Wang has spent a lot of time — almost the entirety of Dead Souls, and numerous scenes across the rest of his filmography — in rooms like these, where light struggles to get in and walls seem to offer little protection. Fluorescents give the surroundings an olive tint, and not for the first time the framing Wang uses for his subject’s recounting includes the cushions, curtains, and posters that serve as the human handprints in an otherwise spare sheltering place.

Wang is filming the normalized, modestly mitigated isolation of working people. These films are anything but balms or comforts, and I mention this knowing many are seeking exactly that in what they choose to watch right now; without hesitation I can say this difficulty in Wang’s concentrated focus is ever more the case without the promise of leaving a theatre after a screening. But for those who encounter his work, there might be no films that resonate more with our current context, where the arrangement of lives shortchanged into capital is laid unavoidably bare, whether this be the means-tested displacement of West of the Tracks’ “Remnants” section or the doom-laden temporary labour of Bitter Money.

Wang’s films do not encourage generalization. In interviews he has spoken of his desire to have nothing to do with metaphors. What he often brings up instead is the idea that his body of work is made up of, though they are often described in summaries that align the documentary form with journalistic reporting, personal films. To return to the moment in Qi’s apartment, that reflection is Wang as he might appear to the people whose homes he enters as a guest. The camera doesn’t obscure his face, nor is he accompanied by lighting gear. Trained as a cinematographer, Wang is particular about every aspect of his equipment. He prefers 18mm wide-angle lenses because, combined with the way he manoeuvres the camera (never over the shoulder, as anything other than a straight-on approach distorts the image), it helps him to get as close as possible to a match of what the eye sees. This isn’t about some idea of stable truth, however; when Wang speaks of this point of view, he’s speaking about his point of view. “For me my films are the main way to recollect my own past,” he’s said. Or, to put it another way: his films, patient and unflinching, document the relationships necessary to their making.

The exact natures of those relationships, the ethical questions they raise, and the way Wang’s seemingly unrestricted exploration of others’ lives is negotiated demand, film by film, closer attention than I’m able to give here, but what’s evident is that for as much as the shaping hand of a director with a mind for relentlessly momentous narrative play a part in this, Wang enters into each film with a great deal of uncertainty. He tries to let the people fill up their own space. In Dead Souls, he’s even reluctant to repeat his own questions when a subject calls out for clarification. Though he gains considerable knowledge through the work required by each individual project, he returns, each time around, to a new need for an original form — even the subjects of each film seem to address the missing pieces, or the gaps in understanding, of previous ones. The people who stay put despite all manner of threat and destruction to their homes in the middle section of West of the Tracks are followed by those who leave in Ta’ang; the unglimpsed city of labour and familial separation for the father in Three Sisters receives its correspondence in a relay narrative of just that subject in Bitter Money; Dead Souls is an expansion and continuation of work begun in Fengming: A Chinese Memoir (as well as Wang’s sole fiction feature The Ditch).

Wang appears in one other scene of Dead Souls. It is the final stretch of the film, the second-to-last interview, and the framing is nothing like any of the set-ups we’ve seen up to that point. In a brightly lit room Wang and Zhu Zhaonan, a cadre at Jiabiangou, the only one to agree to be in the film, sit at opposite ends of a square table. Wang doesn’t speak much more than in any of the other scenes of the film, but we can see his reactions, his body language: he folds his arms over a casual white t-shirt, nods attentively as Zhu’s story develops, and takes the occasional drag from a cigarette.

The general North American impression of Wang is often the version in the mirror — the completely independent autodidact — but in this two-shot we have to acknowledge something else: he has collaborators. Dead Souls credits four cinematographers, and Wang hasn’t worked alone since his early works of West of the Tracks, Fengming, and Man with No Name. This, of course, does nothing to diminish the power of Wang’s status as an auteur; if anything it emphasizes his ability to maintain an intense, contained focus as the nature of productions shift from film to film. But praise of his work too often reduces his work to a single credit — even on his staggering debut, as he stared down a Berlinale deadline, Wang’s early edits intercut the various strands of Tiexi’s narrative. It took conversations with co-editor Adam Kerdy to find the continuous, individuated shapes of its final forms. (His ongoing work with Dominique Auvray — on Bitter Money and Mrs. Fang — also the editor of films by Costa, Denis, and Duras, would likewise seem to deserve closer attention.)

In this case, the sequence following Wang’s appearance is key to how Dead Souls is arranged, as the interview’s ending summons the only archival materials presented in the film. Zhu had in his possession a photograph of Jiabiangou, which is followed by a series of letters from a writer who did not survive the camp. These come as a surprise, but don’t make up a climax or even an ending — there is still one interview and a coda to come. The letters aren’t in their words alone revelatory, as almost all their details are experiences we’ve already heard living voices cautiously elucidate, wrestle with, or break down in disarmingly blunt terms. Instead they represent what just about all of Wang’s cinema is working toward. It’s something that under more efficient direction could come across as mere sentiment, but is here brought to bear with as much weight as can be gathered: the accumulated experience of another’s presence.

Though Wang’s films can appear vast and intimidating, and concern themselves with entropy, abandonment, and merciless exploitation, all of this is amassed to convey the individual histories that, in many cases, are shared over no more than a day or two. (This is literally the case in Wang’s installation works Crude Oil and Fifteen Hours.) Long for a film, but tiny, in the sense of a life. With this in mind, Wang’s work always has a sense of incompletion to it; even in the seemingly exhaustive Dead Souls, the final summation of the film suggests the impossibility of one voice completing another’s story. What we have instead is the work of a filmmaker who, in unideal circumstances, continues to train his attention on what otherwise might be considered material to be discarded: the fullest measure of a day’s labours.