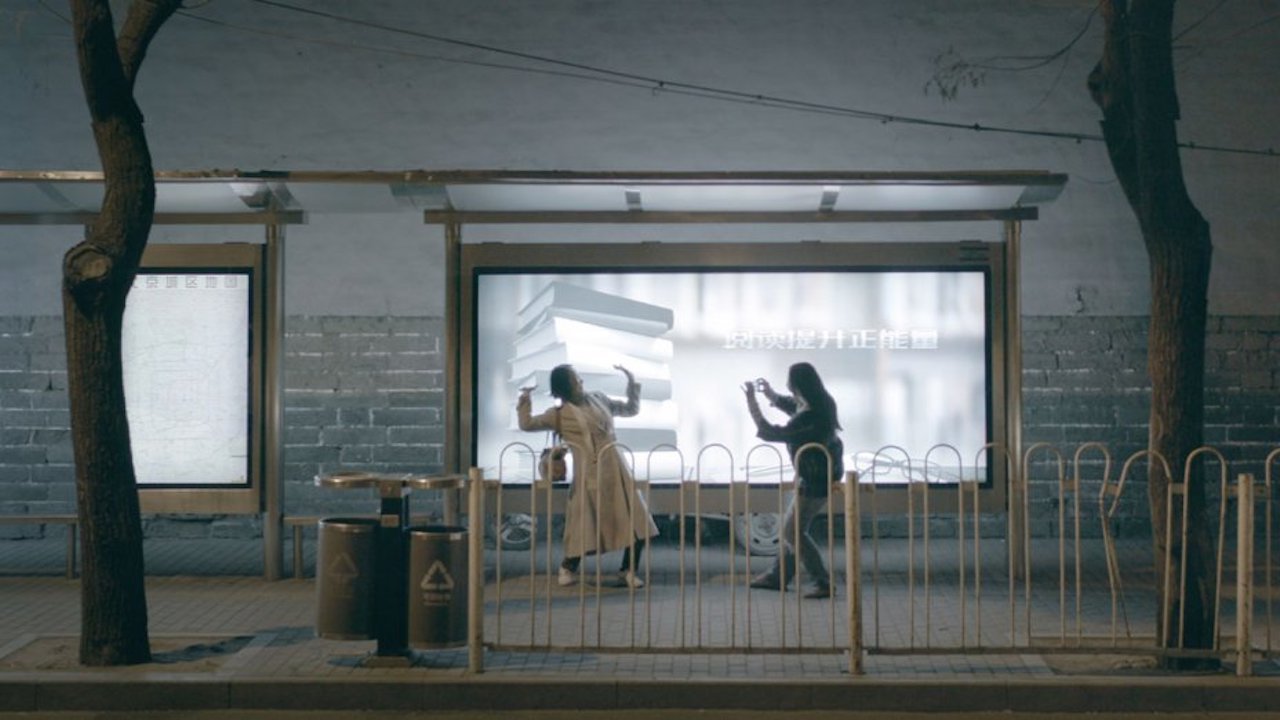 Mothers and Daughters and the Chaos of Relationships: A Review of “Girls Always Happy”

This piece was originally published on dGenerate’s website as part of a series. As a small means of solidarity with curators, critics and creators, during this extraordinary moment of crisis and confinement, dGenerate Films is opening our doors to those interested in writing and engaging with our collection. Novelist and critic Thelma Adams has been writing about Chinese films since the 90s.

Mothers and daughters have incredibly complicated relationships but few have been so thoroughly dissected with a gaze simultaneously affectionate and unforgiving. The raw and beautiful nature of this fundamental relationship evolves and twists in Yang Mingming’s character-driven debut feature. Originally premiering in the prestigious Berlin Panorama in 2018, the ironically titled Girls Always Happy is directed, written and edited by Yang, who also stars.

Clearly, her mother did something right!

At its core, the movie profiles two independent-minded women – and their domestic collisions and connections. Twenty-something writer Wu (an unfussy Yang) spends her days pounding out a spec script. She rents a leaky if picturesque courtyard apartment on the hutongs of Old Beijing, constantly aware of the need to pay the bill that comes due in six-month increments. When Wu ventures outside, often to visit her divorced film professor boyfriend Zhang (Zhang Xianmin), she breezily flies along the alleyways on a child-sized scooter. Cinematographer Xiaomin Shen contrasts the claustrophobia of alleyway living with the vibrant panorama of the old city that energizes the fleeting woman-child.

Wu’s unnamed widowed mother (a moving, un-selfconscious Nai An) shares the small flat. She’s constantly attempting to tame the domestic clutter and the college-educated daughter who chose the precarious writer’s life. As if a Balzac character, the mother schemes to worm her way into an inheritance from Wu’s grandfather (Huang Wei). The hunched old man lives in a two-bedroom apartment she covets while she mops, dusts and searches for the will. She, too, writes, longhand, in a cheap notebook, often of a pacific rural childhood in a China that no longer exists.

What’s audacious about Yang’s movie is her clear-eyed acceptance of the chaos of relationships. There will be no easy resolution. No tidy rapprochement. There are moments where the two writers – hyper aware, self-involved, creative, story-spinning, approval-starved – viciously attack each other. The pitched battles can be launched over a dreary domestic disagreement about how to wash bowls in the sink. Their weapons of choice? Knives of intimate knowledge. When the pair argue while eating, the mother’s meltdown happens with half a boiled egg in her mouth, the cooked yoke like rabid foam – it’s comic and horrific but absolutely plausible.

Food and its preparation – eggs, lamb, melon –link mother and daughter. When Wu buys a ripe yellow melon as a peace offering, the pair share the sweetness and their conflict recedes. Similarly, when Wu encounters a frightening bug in her room, she crawls into bed with her mother. In those scenes, it’s as if she shrinks from adulthood, from responsibility, from a drive for artistic success, and regresses in the comfort of a bond of affection and acceptance that soothes them both. They wrap themselves up in their shared history like a quilt.

The co-dependent mother and daughter need each other, and rebel against one another. At times they see each other in full. At others, they willfully refuse to acknowledge the other’s being. They entrap each other in their daily struggles for survival, and they trip over their larger desires to have meaningful artistic and romantic lives. And, yet, they rise in small moments of intimacy, private jokes or a shared succulent melon – and, ultimately, they root for each other as writers, and as women ploughing difficult paths in an unforgiving society.

As an actress, writer, editor and director, the bold and irreverent Yang has erected a rich world in Beijing’s crumbling serpentine hutongs. Beneath a leaky roof and atop a solid foundation, this mother-daughter relationship is at once unique and universal.