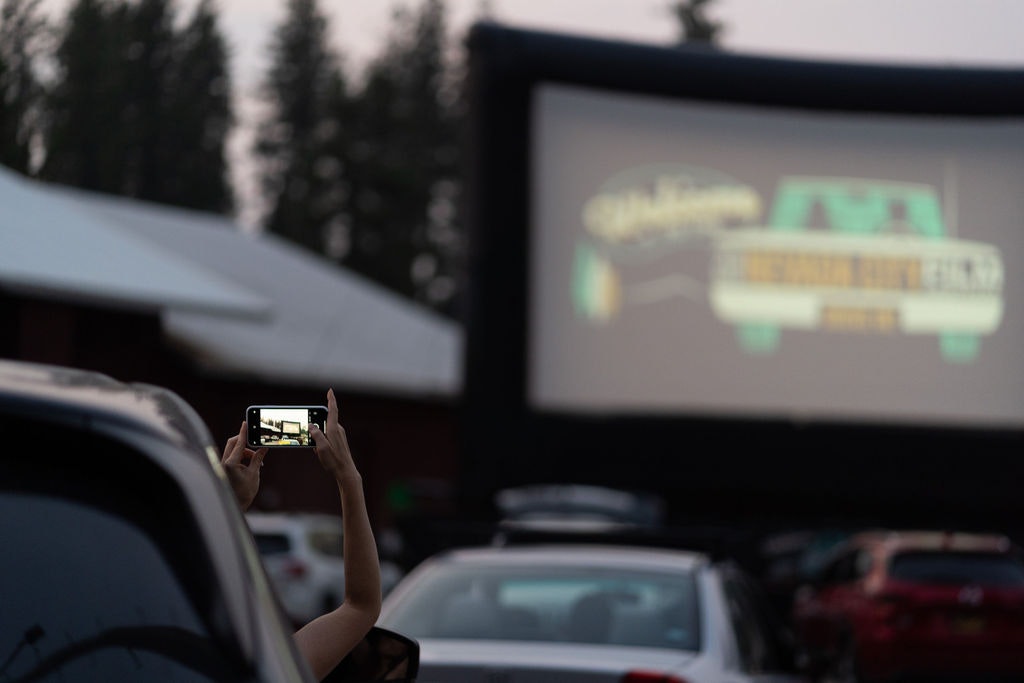 More Than Movie Theaters: Why Aren’t We Talking About Exhibition?

The impulse of nostalgia, for a return to normal, is what I hear most these days, dominating Zoom meetings, indie film panels, business articles in the trades. Forced to address the sudden and severe disruption of distribution and exhibition, the conversational focus often drifts to … movie theaters and whether audiences will go back. What I hear industry vets say, repeatedly, is that the theatrical business will rebound but the window (the time before the film hits VOD) will shorten. Yes, this has been true for 15 years. And there is so much more we should be talking about. I’m writing this piece with the hope of igniting new conversations.

What I’ve learned is that many people who make films, or work in film, don’t fully understand what distribution is. Or they don’t know what exhibition is. To everyone’s credit, the rules have changed completely in the past 5 years. Namely, for 70 years, it was illegal to be both a film distributor and a film exhibitor. Those anti-trust boundaries officially dissolved last August, when the Paramount decrees were overturned. In effect, vertical integration, where a company owns its supply chain, i.e. from production to exhibition, is well underway. Content producers who distribute (studios) now own exhibition spaces. Or, put another way, exhibition platforms (streamers) now produce content and distribute it to themselves.

Here’s a quick primer on the difference between distribution and exhibition:

Distribution is the work to acquire content, deliver it to exhibitors, and draw audiences to watch it. Curation and marketing are the two biggest drivers of distributor success with resources overwhelmingly spent on marketing. Less is spent on curation, the soul of the acquisitions process, creating a practice somewhat lacking in creativity and risk-taking and certainly in diversity. See this survey for a striking admission from acquisition execs that their search for new films almost always extends to the same six film festivals. This is why it matters, for example, when Sundance programs only four Asian American documentary features in the last decade – if these six festival programming teams aren’t including different voices, then the likelihood that buyers will find those voices is slim.

Exhibition is the virtual or physical space where films are shown. That includes film festivals, many of which don’t think of themselves as exhibitors and so many do not share ticket revenue. In the U.S. market, exhibition is primarily considered brick-and-mortar theaters or online platforms watched on smart TVs or tablets. For much of the world, the primary exhibition space is their mobile phone. Here’s an eye-popping statistic, of the 940 million Internet users in China, more than 99% access the web via mobile. By 2019, mobile phones surpassed computers, smart TVs and tablets as the primary device for online viewing globally. And it’s not just for watching YouTube – this recent report shows the average mobile streaming session for millennials and Gen Z is 90 minutes long, i.e, feature length.

What the pandemic has underscored, emphatically, is the truth that independent films cannot support the brick-and-mortar movie theater environment. We see this in the choice many theater owners made to close their doors until the next studio tentpole / franchise release. We are the extra – as much as we want our independent and international movies to show in theaters, we can only do so because of revenue streams from philanthropy, corporate rentals, or heavily-marketed releases.

Another truth is that subscriber growth for these vertically integrated powers must come from international audiences. There are daily articles in the trades about streamers battling for international audiences. And not just streamers: a big story this past week is Detective Chinatown 3’s opening in China beating Avengers: Endgame for the biggest one-day gross in a single market. Hollywood filmmaking is driven by the truth that studios must have access to China’s market.

For companies like Netflix and Amazon locked out of China, the battle is happening on mobile phones in countries like Indonesia and India. Amazon Prime recently launched a mobile-only platform in India to 330 million subscribers of mobile service provider Airtel. If you are producing or directing an Amazon film or series, an audience size greater than the population of the U.S. may be watching it on their phones.Yet, there’s little to no dialogue in the U.S. indie film world around mobile viewing. When it is broached, the reaction of an indie film panel might be to groan or double down on the cinematic experience and their love of movie theaters. I too love watching films in movie theaters. But, mobile viewing is already happening, en masse, even in the U.S. Why not lean into the different audiences this includes?

What I offer here is not new. These changes have already happened. It’s time for robust conversations about modes of exhibition that indie films can sustain. What are new and different structures of exhibition where our films and different audiences can thrive together? There is so much we can be talking about, beyond “when will we go back to theaters?” Here are a few things I’d like to talk about:

·         “Cinema deserts” and how we can be part of the conversation addressing vast inequities of access to screens.

·         Exhibition innovations fueled by collectivity and radical data transparency, such as here at OVID.tv – an SVOD exhibition platform to which 25 independent distributors contribute.

·         New VOD repertory models, such as Abby Sun and Sentient.Art.Film’s year-long program, My Sight Is Lined With Visions and Grasshopper’s Projectr Movie Club.

·         Models of revenue sharing between film festivals and filmmakers, including collective models like Film Festival Day from Film Festival Alliance.

·         Non-movie-theater physical spaces, such as art galleries where films are shown for free, that succeed at drawing students, artists and others who can’t afford movie theaters.

·         Virtual theatrical release (VTHR), which has been a uniquely American invention and response to the pandemic, and its future, not as a replacement for movie theaters, but as an ongoing additional pathway.

Let’s ignite the entrepreneurial energy, nimbleness, and rebelliousness of those of us who make indie films, and bring it into conversations about distribution and exhibition, so that we can participate in shaping our future. American film exhibition can feel stuck in two choices – expensive movie theaters or watching at home alone. The space in between is where indie filmmakers and audiences may further thrive. Shouldn’t we explore it? I’m interested in what we can imagine together.