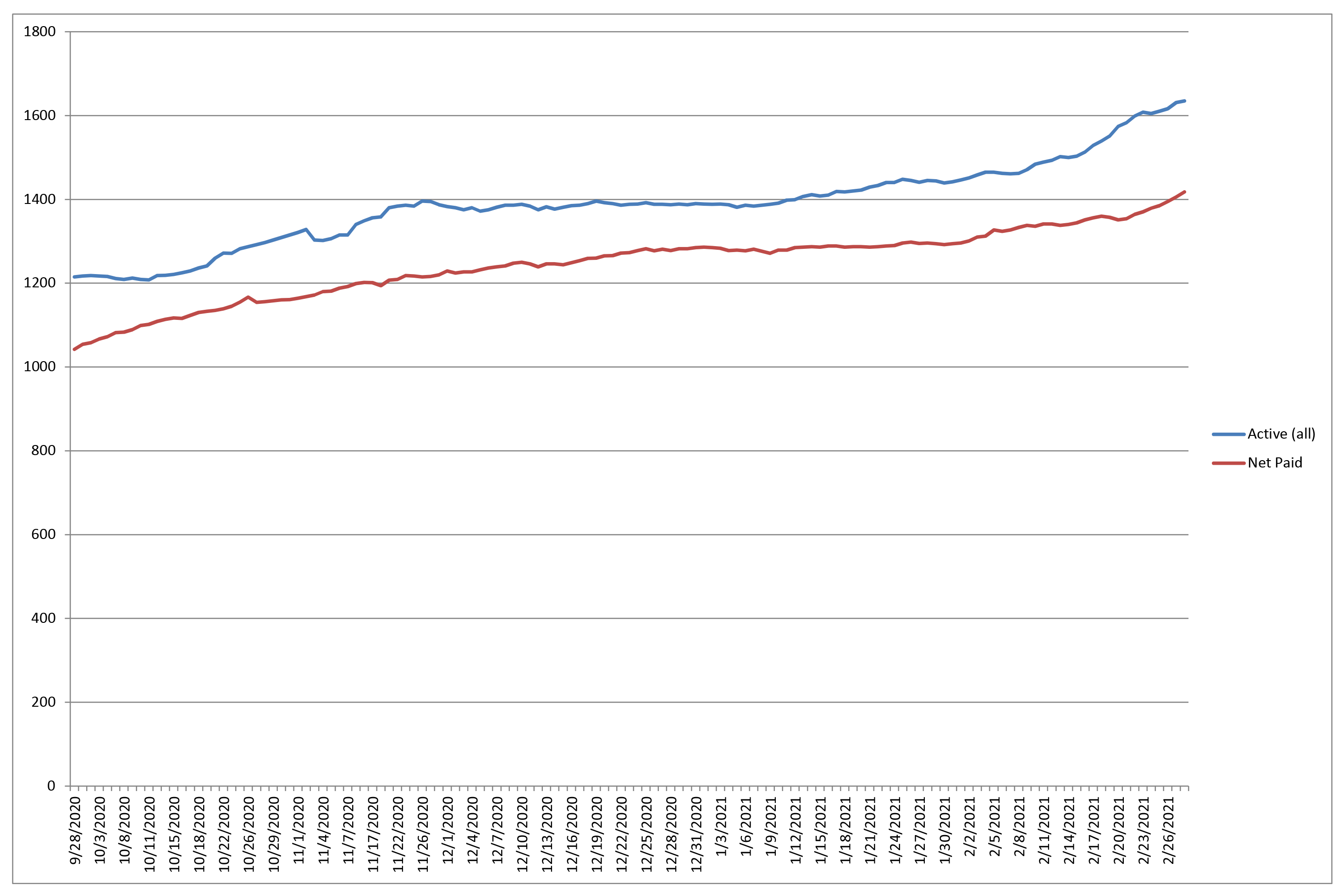 An update on OVID’s membership (subscriber) growth through February 2021…

The last time we posted this chart, we showed our member statistics with figures through the end of 2020. While the numbers were still increasing at the time, they were doing so quite slowly and were likely to flatten out soon because the “top level” number (of users including free trials) had not moved for several weeks.

But, as we hoped would be the case after the holidays, from mid-January the trends have improved, first with a larger uptick in free trials, and then following a bit behind, as it should, a stronger increase in paid members as well.

That trend even increased throughout February, which perhaps not coincidently was Black History Month. We created a new trailer (below) to highlight our collection of over 50 films for BHM and used it in a series of new ads on Facebook and Instagram. As we did not markedly increase our ad spend, it does seem like our ads were more effective. So our total subscriber number is up 18% since the first of the year (the blue line on the chart) and has crossed 1,600—and our net paid membership is up over 10% and has topped 1,400. Maybe not Silicon Valley growth numbers, but we think they’re encouraging!