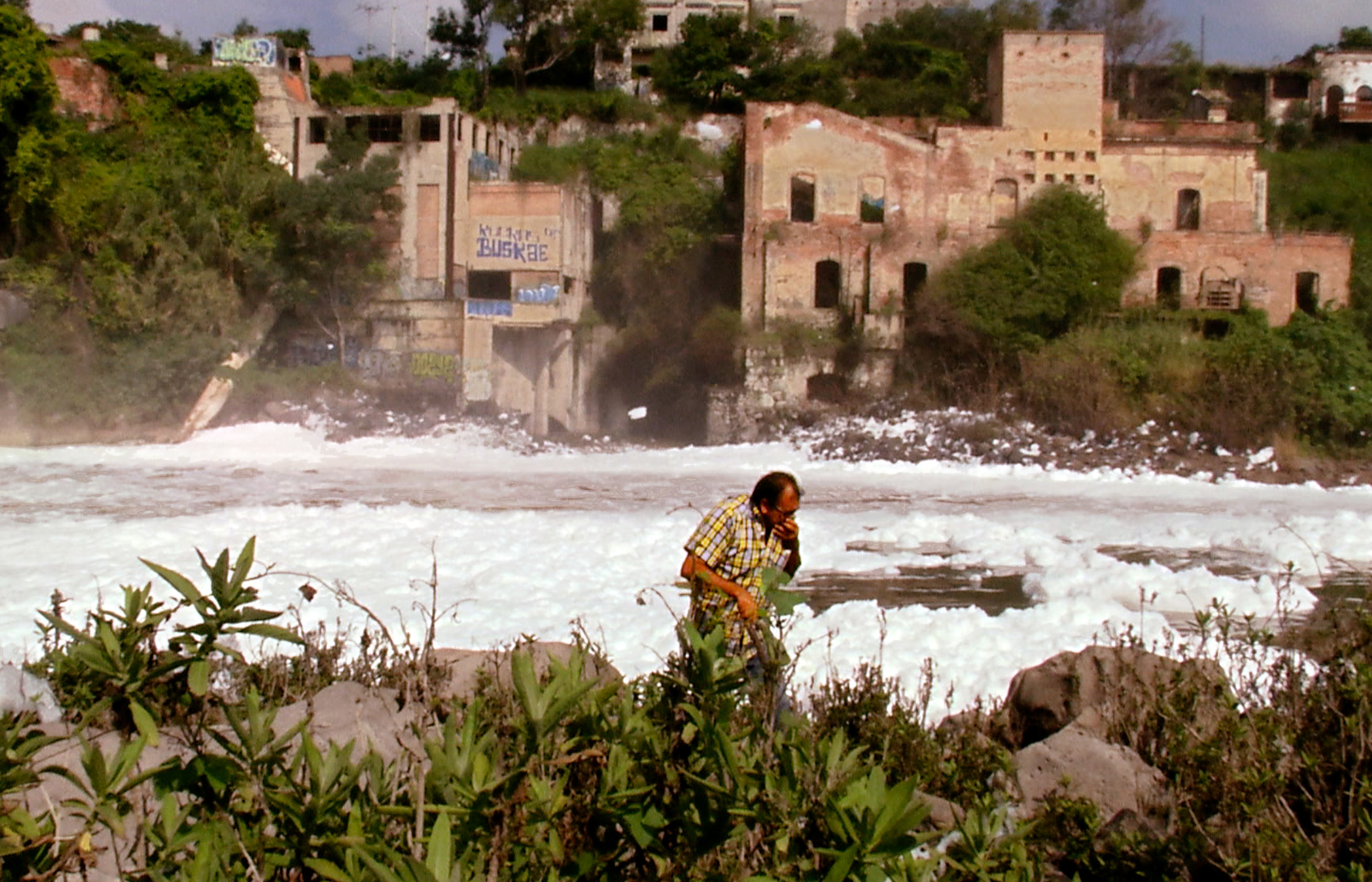 OVID.tv, the curated streaming destination for documentary and art-house films from around the world, announces its wide-ranging selection of films coming in May.

New members can start their free 14-day trial at OVID.tv!

Based on the book by the Mexican cartoonist Rius, MARX FOR BEGINNERS is a hilarious animated film that highlights Marx’s most influential ideas, and places them into the context of western civilization by introducing Pythagoras, Plato, Aristotle, da Vinci, Copernicus, Galileo, and Descartes. All in seven minutes!

Embedding herself in the village of Wukan, southern China for several years starting in 2011, first time documentarian Jill Li witnessed an unprecedented experiment in local democracy. Corrupt officials had illegally sold villagers’ land, but the villagers decided to fight back.

“Marked by immediacy and breadth, as if an on-the-fly news bulletin had naturally morphed into the richest of character-driven sagas. The most rewarding of personal, verité-driven lenses.” —Los Angeles Times

Daily life in an impossibly cramped Beijing apartment takes on epic proportions in this, intimate portrait, with unprecedented access, of a working-class Chinese family.

“The most important Chinese film of the past several years-and one of the most astonishing recent films from any country.” —Cinema Scope

Short documentary on painter Gauguin’s life illustrated by his paintings and diary entries.

On April 26, 1937, the small Spanish town of Guernica was bombed by Hitler in support of Franco. This first air force attack of a civilian population was the subject of Picasso’s 1937 painting.

The Dance Camera West 2021 Festival collection features 31 films ranging from group dances in remote natural landscapes, urban spaces, and studios around the world, to introspective solos that invite you to share space with dancers sheltering at home. A must-see for fans of dance, this stunning homage is a way to experience this art form from a cinematic perspective.

“A terrific collection of 31 films… Worth every penny!” —The Boston Globe

Available for the first time in forty years, FALN was the first film made by Peter Gessner and Robert Kramer (1939-1999), each of whom over the next several decades produced a body of work dealing with social and political issues. FALN is thus also an artifact of the social turmoil of the Sixties in the U.S., in particular the proclaimed solidarity of the era’s New Leftists with Third World liberation struggles.

“A fascinating time capsule of Venezuela in the first half of the 1960s. Valuable insights.” —The Americas

The Films of Eugenio Polgovsky

One of the best documentary filmmakers of his generation.

Resurrection (2016, 93 min)
The once-paradisiacal waterfall of “El Salto de Juanacatlán” in Jalisco used to be known as the “Mexican Niagara”, a source of pleasure and sustenance for the villages surrounding it. This natural idyll was heavily polluted when an industrial corridor was established across the Santiago River.

Today as these poisonous waters contaminate everything in their path, the local fishermen and farmers become witnesses to the disappearance of their own world. In “Resurrection,” families fight for survival, risking their lives to pursue their dream of the return of a lost Eden. The destiny of a river goes hand in hand with that of a village, and of humanity itself.

Success (2014, 3 min)
This short film presents a dystopian vision of urban life in which the celebration of high-finance rewrites the topography of the city, while landscapes and indigenous cultures have been entrapped by a hyperbolic visual regime.

Mexican Ritual (2012, 54 min)
A shaman’s mystical rituals, furious electricians on hunger strike and a euphoric football crowd collide in the Zocalo, Mexico City’s central square, the ancient ceremonial heart of the Aztec empire. The documentary essay Mexican Ritual (or Mitote, Nahuatl for chaos or celebration) portrays the square as a wrestling ring in which the fervor of nationalism melds past and present, rage and celebration.

Award-winning Mexican documentary filmmaker best known for chronicling the struggles of the indigenous population, often against the backdrop of an indifferent society.

The Inheritors (2008, 90 min)
An immersion into the daily lives of rural children who, with their families, survive only by their unrelenting labour. As they harvest food, weave textiles, shepherd animals, collect wood, make bricks, and look after their siblings, children appear not as subjects of first-world pity but as curious, jolly, diligent, and caring beings.

Like Buñuel’s “Los olvidados,” these child workers are captive in a cycle of inherited poverty. They are also inheritors of knowledge, tools and techniques of labour.

Tropic of Cancer (2004, 52 min)
Polgovsky’s stunning debut immerses the viewer in the impoverished lives of families in the arid desert region of San Luis Potosi in Mexico (situated on the global parallel known as Tropic of Cancer), who survive by selling plants and animals to motorists by the side of a thunderous superhighway leading to the United States.

The film brings together handheld images of searing potency, crafting an up-close, near-wordless visual essay on the human capacity to adapt to the most adverse circumstances.

Devil in the Flesh caused a critical uproar upon its release due to its highly-charged political and sexually frank subject matter.

Marushka Detmers (The Mambo Kings) stars as Giulia, a young woman engaged to marry Giacomo, who’s sitting behind bars because of his political activity. Restless in her appetites and inner turmoil, she meets a young student, Andrea and a passionate affair quickly ensues. But when the day arrives in which she has to face whether she wants to share her life with Giacomo or Andrea, Giulia makes a surprising decision.

Follows the celebrated American Chef David Kinch and his team from Manresa, their 3 Star Michelin restaurant in California, for a one-of-a-kind collaboration with three legendary French chefs at their iconic restaurants in Paris, Provence, and Marseille.

In 1979, a Vietnamese refugee shoots and kills a white crab fisherman at the public town docks in Seadrift, Texas. What began as a dispute over fishing territory erupts into violence against Vietnamese refugee communities along the Gulf Coast.

“Feels at once immediately salient and universal… An insightful fable for our own troubling times.” —USA Today

This award-winning, critically lauded thriller begins in a desolate stretch of the Sahara, where a mysterious car accident leaves a young woman lost and alone. Jake, a reclusive architect, finds her unconscious, suffering from post-traumatic amnesia. Intoxicated by the woman’s beauty, Jake claims to be her husband. He names her Kitty and takes her to his remote desert home to recuperate.

As Kitty struggles to come to grips with who she is, Jake invents an elaborate life they can share – the life he has always yearned for. But when shreds of her past begin to surface, Jake takes steps to ensure he will not lose the love of his life.

A haunting tale of love and reconciliation begins in a small town in Germany in the aftermath of World War I when a young woman mourning the death of her fiancé encounters a mysterious Frenchman laying flowers on her beloved’s grave.

As Allied forces sweep across Germany, five children embark on a journey that challenges their notions of family, love and friendship.

“A lyrical, deeply affecting study into a rarely seen legacy of the Holocaust.” —Hollywood Reporter

How Jean Renoir gradually guides an actress into the essence of her role.

A portrait of a legend. Unknown to the wider public but acclaimed by all his peers Alfred Lepetit is about to receive a prize honoring his film career. Black and white footage of productions Lepetit worked on, punctuated with numerous interviews with film professionals, gradually reveal the character of this shadowy man, as ubiquitous as he was unknown.

A squadron commander suffering from an incurable illness searches for an old comrade from Southeast Asia, the “Crabe-Tambour”, whose friendship he betrayed during the Algerian war. Filled with remorse, he is determined to recognize his friend’s courage before dying.

A platoon of French soldiers and Laotian allies fight their way through enemy territory and dense jungle to meet up with their compatriots as the Indochina War grinds to a halt.

“A new restoration of Pierre Schoendoerffer’s 1965 masterpiece arrives as a reminder that nothing in the bungled tragedy of Americans in Vietnam should have been a surprise.” —The Village Voice