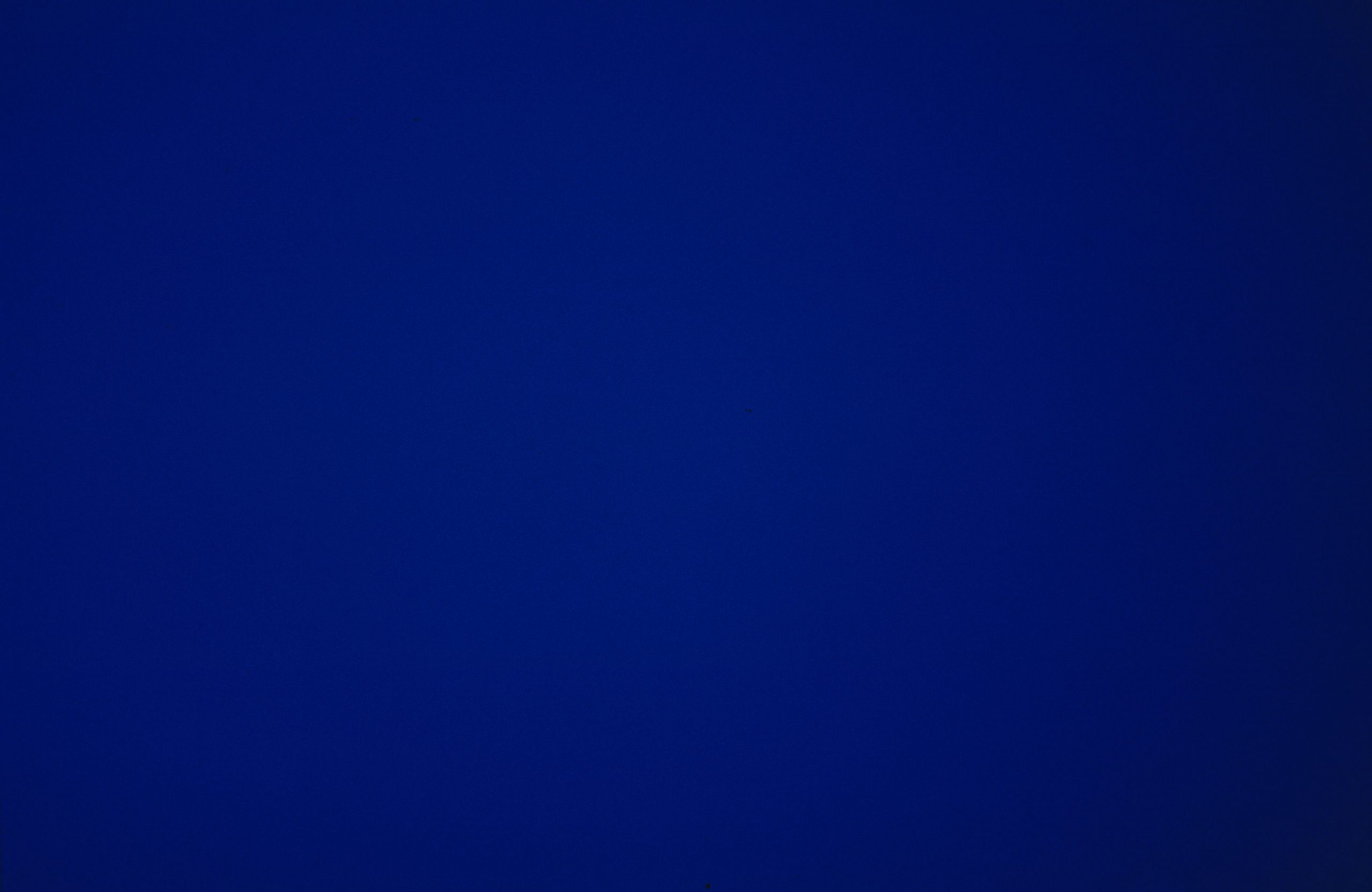 OVID.tv is proud to announce its wide-ranging selection of films coming in July, from “one bonkers Japanese body horror flick” and our first (American) football film, to Derek Jarman’s first and last feature films, and a special celebration of Chris Marker’s centenary with eighteen of his films (and one series) streaming only on OVID—plus three exclusive streaming premieres.

Absurdity and gore ensue as a possessed pile of clay begins terrorizing students at an art school.

A man (Rob Ramsay) learns horrifying secrets while working in a factory where babies are transformed into dolls and sold to children.

This fake documentary which appears quite real on the surface is about a young man making a movie about his everyday life and discovering something important about himself and his reality. This film is not a real documentary or is it?

An incredible true story that unfolds like “a ripping good yarn… with an uproarious, impossible Hollywood ending” (Andrew O’Hehir, Salon.com), Harvard Beats Yale 29–29 is filmmaker Kevin Rafferty’s (The Atomic Cafe) acclaimed documentary depicting one of the most legendary games in the history of sports.

In Derek Jarman’s first feature, the Roman Sebastianus is exiled to a remote outpost populated exclusively by men. Weakened by their desires, these men turn to homosexual activities to satisfy their needs.

In his final—and most daring—cinematic statement, Jarman the romantic meets Jarman the iconoclast in a lush soundscape pulsing against a purely blue screen. Laying bare his physical and spiritual state in a narration about his life, his struggle with AIDS and his encroaching blindness, Blue is by turns poignant, amusing, poetic and philosophical.

“By turns heartbreaking, enraged, and riveting.” —The New York Times

The true story of Germany’s most famous anti-Nazi heroine is brought to thrilling life in the multi-award winning drama Sophie Scholl: The Final Days. Armed with long-buried historical records of her incarceration, director Marc Rothemund expertly re-creates the last six days of Sophie Scholl’s life: a heart-stopping journey from arrest to interrogation, trial and sentence.

The story of Regina Jonas (1902–1944) a strong woman, who made history by becoming the first properly ordained woman rabbi in the world. During the Nazi era and the War, her sermons and her unparalleled dedication brought encouragement to the persecuted German Jews. Regina Jonas was murdered in Auschwitz in 1944. Through graceful and poetic use of archival footage, Diana Groo brings us a story of a person whose image is known through one photograph alone.

In Chile, 1973, during the last days of Salvador Allende’s presidency, an employee at a Morgue’s recording office falls for a burlesque dancer who mysteriously disappears.

“Begins as a deadpan comedy and ends as a harrowing tragedy.” —The New York Times

Tells the story of famed Chilean singer and folklorist Violeta Parra, tracing her evolution from impoverished child to international sensation and Chile’s national hero, while capturing the swirling intensity of her inner contradictions, fallibilities, and passions.

“Unfolds as a poetic sine wave of celebration and defeat.” —The New York Times

Coerced by colonial laws, hundreds of thousands of men left their families in Africa to feed a seemingly endless need for cheap gold-digging labor. They became fodder for mining companies who reaped vast profits at the cost of human lives, creating a system of modern slavery. Harrowing underground footage, intimate interviews with miners and their families, and rare archival material come together in Dying for Gold, the untold story of the making of South Africa.

“A powerful and haunting chronicle of South African mining seen from the particular prism of its health impact on the men who have toiled underground.” —Daily Maverick

A surreal vision of a post-apocalyptic ghost town and its several inhabitants. The lives, dreams and destinies of the characters unfold amidst the grand ruins of once “glorious” Soviet architectural and technological achievements in a semi-abandoned mining town of Chiatura in Georgia.

A landmark fusion of feminism and formal experimentation that seeks to create a non-sexist film language. Invoking and challenging traditional interpretations of the Oedipus story as a movement from matriarchal culture to patriarchal order, the film also probes representation in film itself. The central narrative section, about Louise, a middle-class woman, and her four-year-old daughter Ana, is an inquiry into the arbitrary nature of conventional film techniques that captures Louise’s struggles with motherhood in a patriarchal society.

“To find a film which crosses the frontiers of different audience expectations, which is unassuming and yet rigorous in its intellectual stance, and pleasurable and provocative at the same time, is rare indeed.” —Sight & Sound

A fascinating portrait of Maya Deren, a groundbreaking and influential artist, and a pitch-perfect introduction to her strikingly beautiful and poetic body of work. Crowned “Fellini and Bergman wrapped in one gloriously possessed body” by the L.A. Weekly, Maya Deren is arguably the most important and innovative avant-garde filmmaker in the history of American cinema.

The unflinching portrait of the late photographer Francesca Woodman, told through the young artist’s work (including experimental videos and journal entries) and remarkably candid interviews with her artist parents Betty and George (a ceramic sculptor and painter/photographer), who have continued their own artistic practices while watching Francesca’s professional reputation eclipse their own.

“Delicately constructed, marvelous to look at and poignantly elegiac.” —Variety

Nostalghia is Andrei Tarkovsky’s brooding late masterpiece, a darkly poetic vision of exile. It was the first of his features to be made outside of Russia, the home to which he would never return.

“Tarkovsky is for me the greatest, the one who invented a new language, true to the nature of film.” —Ingmar Bergman

Malick Sidibé started out as a local photographer in Bamako, Mali. After independence in 1960, his snazzy studio portraits and party shots captured the buoyant optimism of a new nation. Today they are recognized internationally as masterpieces, and Malick is world famous.

This short but sweet film looks at the work of the renowned African artist whose photographs have documented Malian society over a forty-year period.

The chance to see the legendarily captivating Ekaterina Maximova as Masha, alongside her great husband, Vladimir Vasiliev, as the Nutcracker, makes this 1978 live recording, digitally restored and remastered to HD quality, essential viewing.

This 1979 live performance film, digitally restored and remastered to HD quality, is a precious document of the fabulous Vladimir Vasiliev and Ekaterina Maximova returning to their original roles as Spartacus and Phrygia. Mikhail Gabovich is Crassus and Tatiana Golikova the wily Aegina. Algis Zhuraytis conducts Khachaturian’s famous score.

The Bolshoi prima ballerina Maya Plisetskaya became a world legend in the iconic dual role of Odette/Odile, and her unique strength and dramatic charisma are captured in this digitally restored and remastered 1976 recording of a historic Bolshoi performance marking the centenary of the first ballet made on Tchaikovsky’s score.

With Alexander Bogatyrev as Siegfried and Algis Zhyuraytis conducting the unforgettable score, this is an atmospheric record of Yuri Grigorovich’s intense production.

This 1991 performance film, digitally restored and remastered to HD quality, stars the world-renowned Nina Ananiashvili as a delicate yet dramatic Giselle, with Victor Barykin as the faithless Albert.

A male sculptor and a female dancer find their relationship complicated by their rivalry and the desire to build a future together.

“Revels in the tactility of everyday life as an attainable kind of exaltation.” —Slant Magazine

During the Civil War, a boy (Ashton Sanders), who has been sent to lure a freedman (Tishuan Scott) back to the South, forms an unexpected bond with the man.

We pay tribute to the late and legendary French filmmaker Chris Marker with eighteen of his films (and one series) streaming only on OVID, plus the following three streaming premieres, which are also exclusive to OVID, on what would have been his 100th birthday.

Some months after the fall of the Berlin wall, Chris Marker shot this passionate documentary, reflecting the state of the place and its spirit with remarkable acuity. It is a complete version of a film that was created for French television in 1990, during the first free elections in East Berlin.

For six months in 1994, François Crémieux served as a French UN peacekeeper near the Bosnian town of Bihać. In Blue Helmet, director Chris Marker keeps the focus squarely on Crémieux, an eloquent young veteran who recounts his experiences rapid-fire, as though he’s been desperate to share them since returning home.

The story he tells is one of infantry indifferent to peacekeeping ideals, training by racist officers, missions that range from occasionally useful to completely pointless, and rules of engagement that benefited only the aggressors. Despite its apparent simplicity, Blue Helmet is a powerful first-hand account of a peacekeeping mission that didn’t just go wrong, but never had any opportunity to go right.

Documentary about a group of Bosnian refugees who produce their own news show inside their camp.