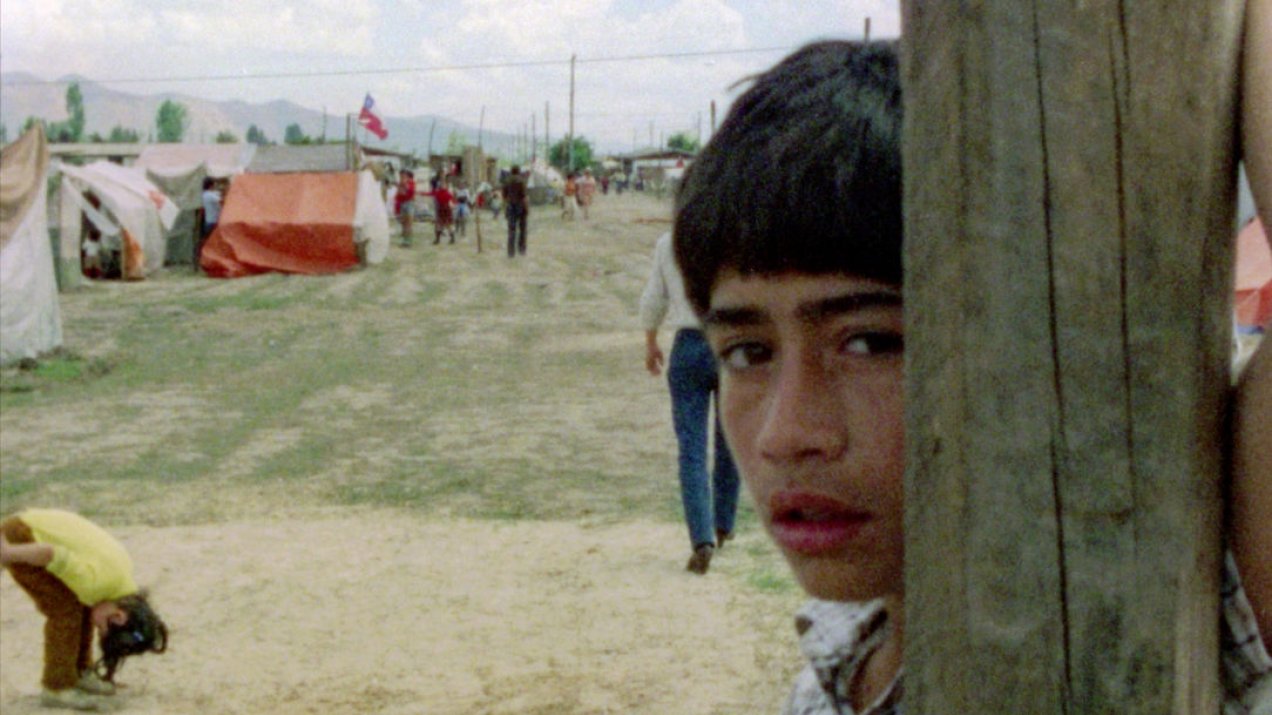 OVID.tv, which Wired.com said has established itself by “catering to niche audiences” and “film buffs” and Vulture.com stated is “an intriguing mix of documentaries and arthouse-type movies (current and classic),” is proud to announce its wide-ranging selection of 23 films coming in September with 19 exclusive streaming premieres.

The Land of Owls follows a pair of Brooklyn couples working through their relationship issues at an upstate retreat. In the isolation of the Catskill Mountains, the retreat leader pushes the couples through a weekend of exercises that force them out of their calcified comfort zones. Removed from the routine distractions of city life and engaging in honest communication for the first time, they have a chance to rebuild their partnerships—or to leave them behind.

Based on a real story, 339 Amín Abel Hasbun. Memory of a Crime is an intriguing account of the murder of Amín Abel Hasbun, a brilliant student leader in the Dominican Republic accused of kidnapping US Embassy official, J. Crowley. Hasbun was one of many young leftists fighting against the government of Dr. Joaquín Balaguer, who favored a repressive regime.

On This Side of the World is a deep and global look at migrations, borders and the most insurmountable walls erected by mankind.

Alberto, a dull and indolent engineer, is fired from his company just as he plans to buy a house with his girlfriend and become parents. To cover it up, he decides to accept an assignment from his former boss to travel to the city of Melilla, a Spanish enclave in North Africa and gate to Europe.

Alberto must renovate, underhand, the system of fences that not only separates one piece of land from another, a city from a country, but two universes in eternal collision: those who want to enter and those who prevent them from doing so.

Khalil is a rootless young man who lives in the city’s margins, where industrial estates bank onto the river and the marsh. He survives as well as he can, spending his days with a poacher who shares a house on the riverbank with a brother he has not talked to for years. On the shores of the marsh the tides mark the time for love and indifference, friendship and revenge.

100 Children Waiting for a Train poetically tells the story of a group of Chilean children who discover a larger reality – and a different world – through the cinema.

“Gracefully photographed and simply produced, the documentary captures the wonder of discovery as these children’s imaginations are tickled with celluloid magic and caring attention.” —In These Times

El Mercurio, the oldest newspaper in Chile, has been owned and operated since 1849 by the Edwards family. Its current owner, Agustin Edwards Eastman, has controlled the journal since 1956. With editions published in Santiago and Valparaiso, as well as twenty regional editions, Chile’s “newspaper of record” is also the largest news organization in the country.

Agustin’s Newspaper follows journalism students from the University of Chile as they launch an investigation into the work of the newspaper, and its reporting of and role in their country’s political history, in particular around the election of Salvador Allende in 1970, the violent coup against him in 1973, and the subsequent seventeen years of the military regime.

Like Moby Dick’s Ishmael, a sailor takes a ship and goes from Antarctica to Spain, in a trip that transports an iceberg to Seville for the World Fair of 1992. In this voyage, mysterious things will happen, making him a victim of the hidden forces of icebergs. Dreams of Ice is a song of love to the fragility of nature and the human being.

A 10-story building is built 127 meters from the filmmaker Ignacio Agüero’s house. Before, he could film the Andes from the roof of his home. Now, the building stands in his way. One day, Agüero decides to meet those who live in the building, find out who they are, where they come from and why they are there. Wanting to know about the movements and histories of his neighbors sparks an interest on his own movements and history.

The inhabitants of the Villa Alegre town, in the central zone of Chile, come together to investigate the history of their town, then put it on stage as a production. When they watch the play, they are amazed. A theatrical experience led by the actor and theater director Héctor Noguera inside a film.

Not to Forget
Directed by Ignacio Agüero
Documentary | Chile | 1982

The women of the Maureira family tell of their experience searching for five men of their family all across Chile, after their arrest by the police, a few days after the military coup of 1973. After 6 years of searching, they found their relative’s bodies buried in a limestone mine, near their homes in Lonquén, a town near Santiago. Filmed secretly during the dictatorship, it was the first time in Chile that there was official evidence that a missing person was arrested and killed by state agencies, refuting the falsehood of all government information.

The home of acclaimed Chilean filmmaker Ignacio Agüero is filled with objects that speak to both his family’s history and to the tumultuous history of his country.

Seeking to make a quiet, personal film centered on his home and his memories, it is fitting that The Other Day begins when a ray of sunlight shines on a photograph of his parents. But Agüero’s reveries are often interrupted by what seems like an unending stream of people knocking at his door: poor people asking for food, friends, neighbors, delivery men, young graduates looking for jobs.

Agüero turns the tables on his uninvited guests, and asks them if he may knock on their doors too. His spontaneous excursions into their neighborhoods and homes broaden the film’s scope, bringing different aspects of contemporary Chilean society into the picture.

“In The Other Day, Chile and the Chilean dictatorship sneak into the family history of the filmmaker.” —Agencia EFE

Director Ignacio Agüero interrupts the production of a film that is taking place in Chile during 1984 to ask the filmmakers what it is like to film in Chile under the Pinochet dictatorship.

In This is the Way I Like It—shot during Pinochet’s dictatorship—Agüero asked his colleagues about what they were filming and whom they made their work for. Thirty years later, now with Chile under a democratic rule, the question has changed to “What is the essence of cinema?” This time, young Chilean filmmakers (and a young female director from Iran) are the ones who answer Agüero’s question.

A construction worker tells about his work as a plasterer in times when houses in entire neighborhoods are demolished to build new commercial zones, all as as part of a new economic structure designed by the dictatorship of Pinochet.

In the Providencia Barrio of Santiago, Chile, a neighbor lives through the demolition of the house next door and the construction of a building in the same place, over a two-year period.

Under Construction is about the passing of time and the transformation of a space where minor and major events occur: a death and a birth; neighborhoods disappearing; buildings being demolished and built; winters and springs passing.

This energetic and moving film introduces Sue Coe’s passionate art and explores her vision. Produced early in her career, it remains the only film on her work. In the tradition of Käthe Kollwitz, George Grosz, and Otto Dix, Coe’s visual journalism has a keen ideological thrust that identifies and addresses aberrations in our society. With a fierce precision Coe uncovers the base violence inherent in a range of political and social issues—from apartheid and the arms industry, to rape and gentrification. Yet, as the film reveals in a spirited exchange between the artist and young people, Coe’s work is accessible to everyone.

“The forthrightly titled Painted Landscapes of the Times roams her visions to chilling effect… her paranoid vistas look as they might after a blow to the head, through curtains of blood.” —Village Voice

The first feature film from artist and digital pioneer Shu Lea Cheang brings her radical experimental vision to a viciously political and campy narrative of two young lesbian parents who fight against environmental racism in the form of radioactive fish lips.

By focusing on the blindfold, koré explores the eye as purveyor of desire, sexual fear, and the fantasy of blindness. An alternative sexuality is founded in touch-based (feminine?) pleasure as opposed to a vision-based (masculine?) pleasure. An examination of institutional blindspots towards women, and people of color, concerning AIDS expands on the issue of vision, visibility and the disease.

In this captivating take on documentary co-creation, Kelly Saeturn and her boyfriend, Tony Saelio, both refugees from Laos who grew up in the US, record a year and a half of their own lives as Kelly balances her hopes to attend college, a pregnancy, and her relationship with Tony, an ex-con trying to reform.

Domestic work is a real market in Lebanon, segmented according to the national and ethnic origins of the workers and in which the Lebanese employer is master and the worker the property. Zein owns a domestic worker agency in Beirut. He arranges for Asian and African women to work in Lebanese households and assists his clients in choosing “mail-order” housemaids that will best suit their needs. Advertisement, justice, police are on his side. He decides to open his agency for us.

Roque Dalton is one of El Salvador’s most celebrated poets, but he was also a revolutionary whose works were once banned in his own country.

Roque Dalton: Let’s Shoot the Night! looks back on the life of this key figure in the movement resisting military dictatorship in El Salvador, and sheds new light on the circumstances of his murder, at age 39, by fellow revolutionaries.