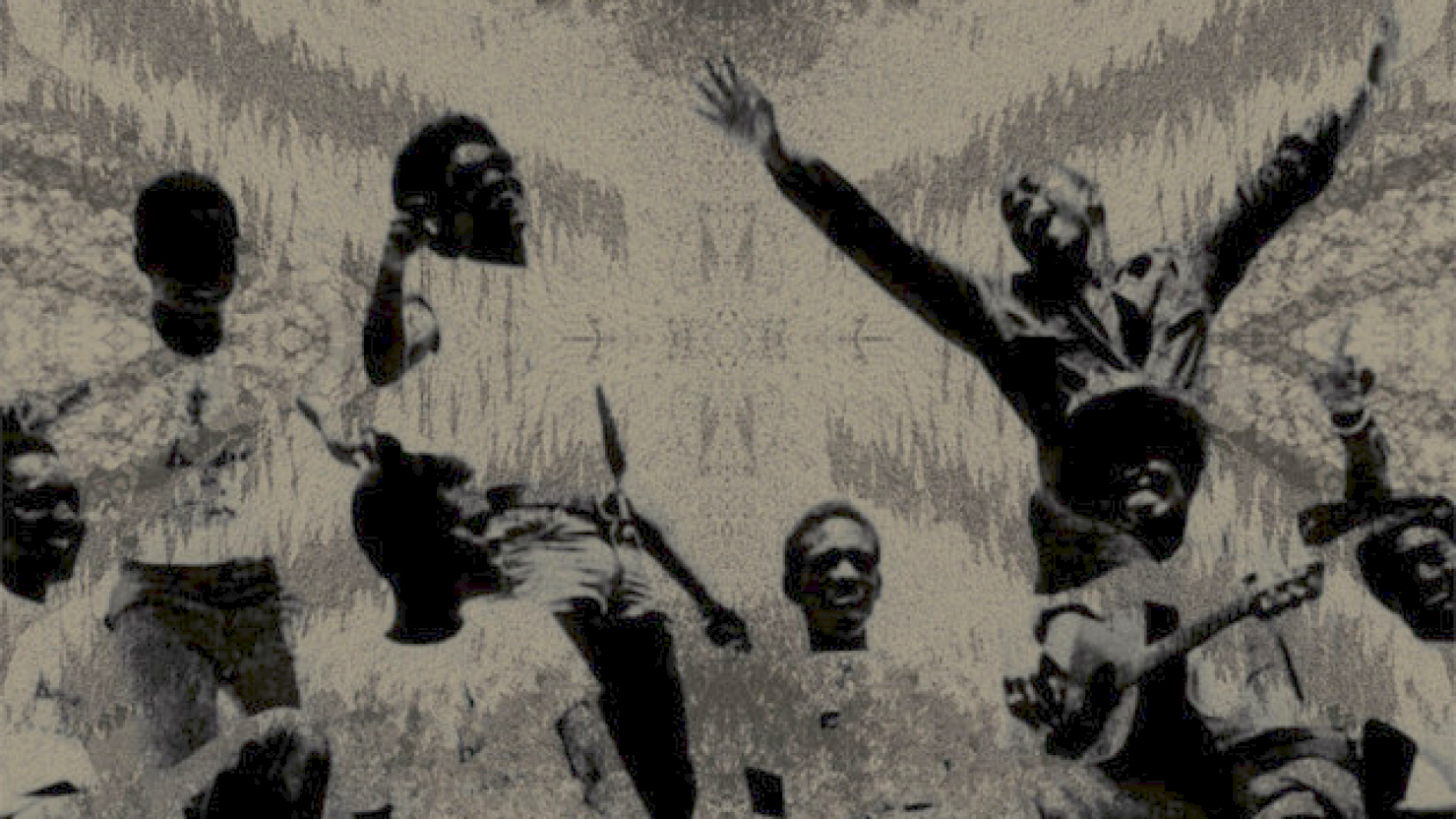 OVID’s September Releases: Our biggest slate ever, with Costa-Gavras, a landmark documentary about trans lives, Ingmar Bergman and Peter Greenaway, art and architecture, the birth of Mumblecore & so much more!

OVID.tv is proud to announce its September slate of 48 streaming releases, 24 of which are SVOD exclusives.

OVID’S library of films and TV shows has grown in scope and size every month since we started, and September marks a major new milestone, with our largest-ever slate of releases in one month bringing the collection to over 1,600 titles. And we’ve never raised our subscription fee!

September’s lineup is extensive, including films by directors Costa-Gavras and “godfather of mumblecore” Andrew Bujalski, and ranging from the groundbreaking documentary about trans lives The Salt Mines, to films about Kate Bornstein, Noam Chomsky, and Howard Zinn.

Full details and lineup for September are below.

With verve and humor, this film shows the love/hate relationship that women have with the task of cleaning the family’s clothes.

If This Ain’t Heaven introduces us to Mr. G, a 50-year-old Black man, and his cat, Africa, he both talks to and talks for, alleviating his loneliness through these conversations and deep friendship.

A local television news team in rural Georgia report on diverse stories, from elections to fashion shows for teenagers.

A look at the lives of telecom engineers in Eastern European countries during their visits to customers.

This documentary unravels some of the reasons why Donald Trump, Marine Le Pen, and others have captured people’s imaginations by reviving past ideologies.

This modest, unpretentious character study astutely captures the emotional states of the 20-something slacker.

“With Marnie, Dollenmayer has managed to transform a sad sack into an indie screen goddess.” —The Washington Post

A disabled teenager and his older adoptive sisters shed their gloomy urban confines and set out for Truth or Consequences, N.M.

“This is a micro-budgeted affair of the heart that’s never precious or obnoxious, but tender and moving and occasionally explosive in its intrinsic emotion.” —Slant Magazine

The Salt Mines explores the lives of Sara, Gigi, and Giovanna, three Latinx transwomen who for years have lived on the streets of Manhattan supporting their drug addictions through sex work. We follow their daily lives in this groundbreaking 1990 documentary, one of the first to delve into the lives of trans women and sex workers.

In The Salt Mines, Sara was one of three female-identified sex workers in Manhattan living on the streets. In the 1995 follow-up documentary, The Transformation, Sara discovers that she is HIV+, and decides that she is not going to die on the streets. Sara accepts help from a group of Born Again Christians who, in exchange, demand her complete transformation: from female to her born gender of male and from queer to straight.

A portrait of trans icon Kate Bornstein, the charming, ebullient self-described “transdyke” taking the viewer on a journey into the inner and outer life of the tattooed and pierced septuagenarian writer, actress, performance artist, cancer survivor, bon vivant.

An early exploration of the trans male experience, this documentary opens up a dialogue between transgender communities and trans-exclusionary radical feminists, tackling the resistance that some women in feminist and lesbian communities have around transitioning.

Born in Manchester, England, on the wrong side of the tracks, Norman Foster rose from a humble working-class background to become one of the premier modern architects of our time.

“The Mozart of modernism.” —The New Yorker

Three architects return to Cuba after 40 years in exile to finish building an art school.

Sita is a goddess separated from her beloved Lord and husband Rama. Nina is an animator whose husband moves to India, then dumps her by email. Three hilarious shadow puppets narrate both ancient tragedy and modern comedy in this beautifully animated interpretation of the Indian epic Ramayana.

“Paley’s beguiling, consistently inventive visuals and sly yet melancholy tone are about as warm and winning as heartbreak-fueled empowerment gets.”
—The Village Voice

At Rock ‘n’ Roll Camp, girls ranging in age from eight to 18 are taught that it’s OK to sweat like a pig, scream like a banshee, wail on their instruments with complete and utter abandon, and that “it is 100% okay to be exactly who you are.”

One man tries to keep New Jersey’s WFMU up and running in the face of a recession.

“Shows a Wiseman-like respect for the day-to-day heroics that keep the lights on.” —The Village Voice

Highlights WITCH (We Intend to Cause Havoc), Zambia’s most popular rock band of the 1970s led by the powerful vocalist, Jagari, whose name is an Africanisation of Mick Jagger’s.

A strange, dream-like journey of sexual and spiritual liberation, Nicolette Krebitz’s third feature shocked and awed audiences at the 2016 Sundance festival. First ever release in the U.S.!

“A life untethered to anything but confidence—or at least the projection of it.” —The New York Times

The first cinematic depiction of the life of Jesus, Sidney Olcott’s 1912 film From the Manger to the Cross is the only movie ever shot in the places described by the New Testament. The fourth feature-length film release in the history of cinema, it was a great commercial success. Nevertheless, it has been largely forgotten by history.

A striking modern-day vision of Mother Mary’s pilgrimage through the eyes of Ma (played by Celia Rowlson-Hall), a woman who must venture across the scorched landscape of the American Southwest to fulfill her destiny.

Nelson Algren: The End of Nothing, the Road is All
Directed by Ilko Davidov and Denis Mueller
First Run Features | Documentary | USA | 2015

This in-depth portrait of notorious American author Nelson Algren uses interviews, rare archival footage, and the gritty voice of Algren himself to capture the elusive and unique literary figure whose fame was cemented with the success of The Man with the Golden Arm and A Walk on the Wild Side.

Set against the spectacular landscape of Iceland, The Seer and the Unseen follows Ragnhildur “Ragga” Jónsdóttir, a grandmother and “seer” who has the ability to communicate directly with a parallel realm of elves—invisible spirits of nature that over half of Iceland believes in.

“This minimalist documentary is stunning, intimate and universal, a precious testimony to the fate reserved for Jews before and during the Second World War.” —Les Fiches du Cinéma

A visually arresting documentary that interweaves leading Holocaust historian Saul Friedlander’s personal story of survival with an introduction to his work and thought.

A French bank employee finds herself on the horns of a dilemma while a tsunami is feared to hit Fukushima’s power plant in Japan.

Emilie is a bright young manager in HR for a huge agro-food company. Ambitious and dedicated, she is ready to put ruthless methods into practice to meet the requirements. But one day, one of the employees commits suicide in front of her.

“Leyla Bouzid’s tour de force is her authentic portrayal of the many meanings of being Arab in France.” —Bust Magazine

A postal worker travels to Egypt to learn belly dancing.

Gives the public a rare opportunity to see and listen to one of the most articulate, committed, and hard-working political dissidents of our time, MIT linguist and political philosopher Noam Chomsky.

This acclaimed film looks at the amazing life of the renowned historian, activist, and author.

Following the mysterious disappearance of her husband from their remote village in Kazakhstan, Mariam must look after their four children and manage to survive through the harsh winter.

“Another picture of devastating poverty and perhaps even greater cultural deprivation arrives in the form of Mariam from Kazakhstan.” —World Socialist Website

On the 100th anniversary of his birth, internationally renowned director Margarethe von Trotta examines Ingmar Bergman’s life and work with a circle of his closest collaborators as well as a new generation of filmmakers.

An intimate portrait of painter and filmmaker Peter Greenaway, directed by his wife Saskia Boddeke. Together with his daughter Pip, Greenaway formulates an alphabet that represents his personality and thoughts about art and life.

Cinematographer Robby Müller has inspired generations with his groundbreaking camerawork. Director Claire Pijman had access to his personal archive to create an extraordinary film essay that intertwines archival material with excerpts of his oeuvre.

Laura and her ex-boyfriend Niklas work with the disabled. She is a former adult film actor, and he is trying to overcome addiction. Laura tries to communicate with Niklas, and Niklas tries to speak with his teen brother, who’s in bad company.

A troubled young man working in an isolated hotel as part of a social rehabilitation program finds his life in danger after a guest goes missing.

A French detective must capture an escaped thief who incorporates cold-blooded murder into his escapades.

“The various tensions—sexual and otherwise—give these three terrific actors plenty to work with.” —Variety

A love triangle leads to jealousy and manipulation, as two women attempt to destroy each other.

“The source of suspense lies entirely within one character’s fragile mind.” —Indiewire