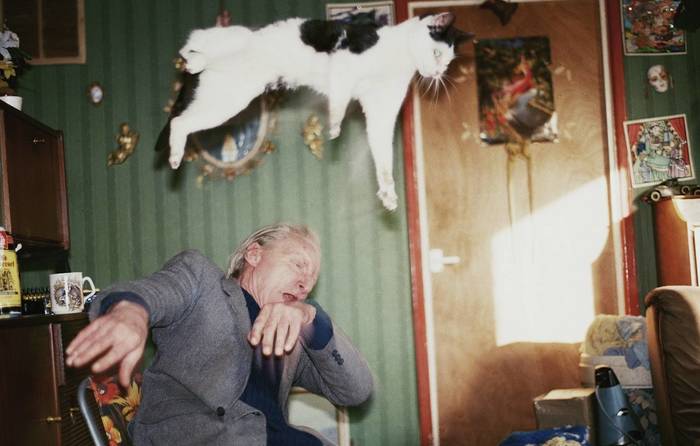 The Real Family Behind “Ray & Liz”

Coming to OVID this week is artist Richard Billingham’s sad, funny, and upsetting Ray & Liz. Billingham’s film recounts his poverty-stricken upbringing in Birmingham, England, with a special focus on the tumultuous relationship between Ray and Liz, his alcoholic, abusive parents.

Richard Billingham began documenting his parents with his award-winning (he was shortlisted for the prestigious Turner Prize) photography while still an art student at Sunderland University. These early photographs became Billingham’s 1996 collection Ray’s a Laugh, and Billingham turned the wreckage of his neglected childhood into a successful art career.

Over twenty years later, Billingham sat down with The Guardian to discuss his upbringing, career, and motivations to make the story of his parents into a feature film. We recommend reading after you watch Ray & Liz this weekend. Billingham’s work comes from a place of deprivation and mistreatment, but his outlook on life and subsequent success in the art world is nothing short of inspiring.