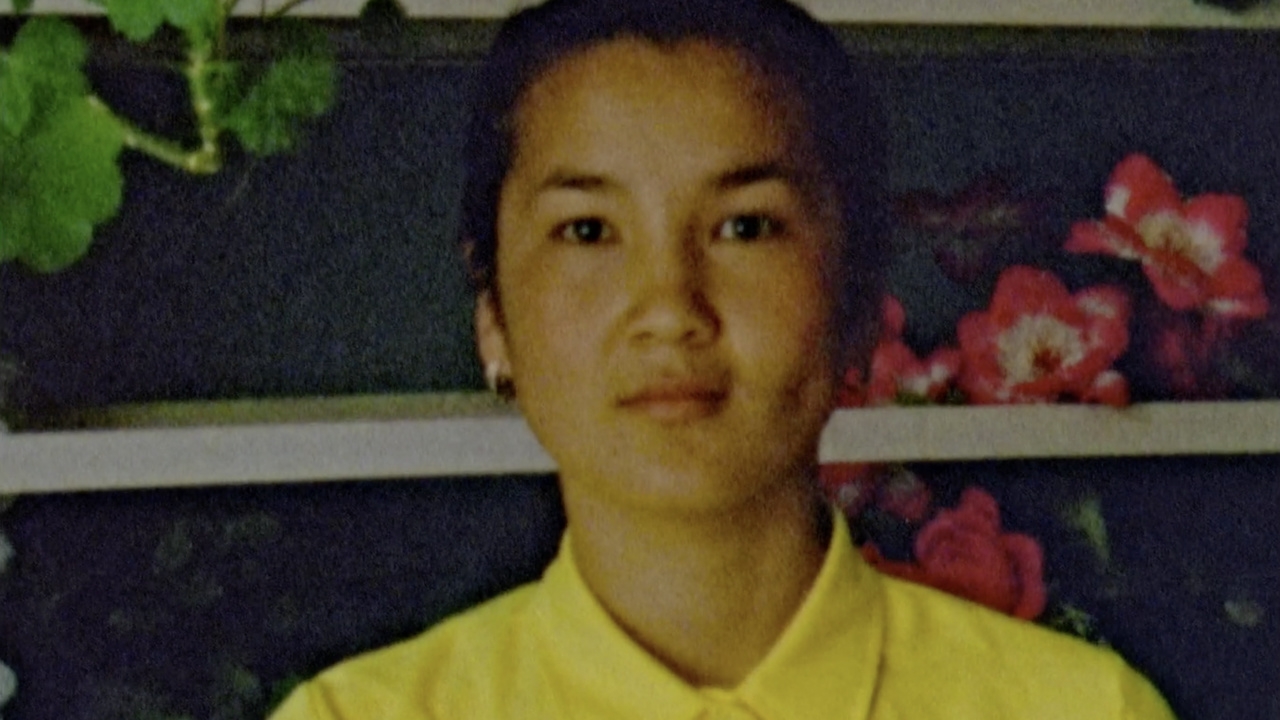 OVID.tv, which Wired.com said has established itself by “catering to niche audiences” and “film buffs” and Vulture.com stated is “an intriguing mix of documentaries and arthouse-type movies (current and classic),” is proud to announce its wide-ranging selection of films coming in August with 30 documentaries (and one short fiction film) as part of its first ever DOC MONTH including 24 Exclusive Streaming Premieres.

Highlights include two new documentary features by Vitaly Mansky (Sunrise/Sunset, 24 hours in the residence of His Holiness the Dalai Lama, and Putin’s Witnesses, chronicling the origins of the Russian president’s regime) as well Mila Turajlić’s The Other Side of Everything, which won Best Documentary at International Documentary Festival Amsterdam 2018. The Independent has hailed this Serbian filmmaker as “one of the most galvanizing voices for political action in contemporary documentary cinema.”

There are also two docs on climate change by David Abel (Entangled and Lobster War), and one short fiction film, Killing Time by Fronza Woods along with her short doc Fannie’s Film. Stop, by Spencer Wolff, examines the class-action lawsuit that challenged the New York City Police Department’s practice of stop & frisk; Sophie Fiennes’ Over Your Cities Grass Will Grow bears witness to the incredible creative process of German artist Anselm Kiefer; and much more!

The daily life of the Dalai Lama is brought home with remarkable intimacy in Sunrise/Sunset. Granted total access to His Holiness for 24 hours, this is a day in the life of the Dalai Lama from when he wakes up at 3AM until his bedtime at dusk. Starting with his morning fitness routine and continuing on through the private audiences, press conferences, and blessings he imparts every day, it is a comprehensive and compassionate document of his everyday habits.

“Sometimes the people call me a living Buddha or a God King, but I always say, this is nonsense. Through this film you will realize, I am a normal human being, nothing special. Just a normal Buddhist monk.” —The Dalai Lama

Examines the early life of Vladimir Putin and the political machine that brought him to power.

“Exiled Russian docmaker Vitaly Mansky reassembles his own first-hand footage from the early days of the Putin presidency, to damning, gripping effect.” —Variety

Drawing on the Smithsonian’s archive of the “living exhibits” of Filipinos at the 1904 St. Louis World’s Fair, the only film from Marlon Fuentes nests a narrative of discovering family lore, ethnography of the Bontoc people, and stylized enactments in a far-reaching inquiry into historical erasure.

An offbeat, wryly humorous look at the dilemma of a would-be suicide unable to find the right outfit to die in, examines the personal habits, socialization, and complexities of life that keep us going.

A 65-year-old cleaning woman for a professional dancers’ exercise studio performs her job while telling us in voiceover about her life, hopes, goals, and feelings. A challenge to mainstream media’s ongoing stereotypes of women of color who earn their living as domestic workers, this seemingly simple documentary achieves a quiet revolution: the expressive portrait of a fully realized individual.

In Mansourah, You Separated Us
Directed by Dorothée-Myriam Kellou
Icarus Films | Documentary | France | 2019

The director returns to Algeria with her father Malek to learn about how his village was destroyed during the Algerian War of Independence (1954–1962) and his family relocated by force.

Malek serves as guide and translator for the viewers and his daughter, who does not speak Arabic and is shocked by the silence surrounding the deportations. The film sheds light on a largely silenced, yet essential part of Algerian-French colonial history.

“Timely, intimate and personal; evocative and respectful… a vivid and emotional portrait of the forgotten.” —Amber Wilkinson, Eye for Film

Former Lebanese detainees break their long-held silence about the horrific years they spent imprisoned in Tadmor, one of the Assad regime’s most dreadful prisons in Syria.

“[I was] unable to tear my eyes away. A much-needed spotlight on a dark history that should not be overlooked. [With masterful cinematography, Tadmor] speaks volumes on the lasting impacts of systematic torture and degradation; the pain and trauma echoing in the silence cannot be unheard.” —Al Jadid: A Review of Arab Culture & Arts

Filmmaker Kamal Hachkar searches for the lost community of Berber Jews in Morocco.

Candid, home movie-esque Super 8mm footage that Chaufour filmed in Hungary during punk’s heyday is paired with contemporary interviews of the same musicians today. They bring a generation of experience to this resonant discussion of the position their music and culture has played in their country’s political evolution with the passage of time.

A locked door inside a Belgrade home has kept one family separated from their past for generations. An intimate conversation between the director and her mother, the dynamic activist and scholar Srbijanka Turajlić, reveals a house and a country haunted by history. What begins as the chronicle of a childhood home grows into an elegant portrait of a charismatic and brilliant woman in times of great political turmoil.

The youngest protagonist of the documentary is a Wartburg automobile over 50 years old. The car is still on the road, driven by Bogdan, who is inside it with his mother Kazimiera. This road movie which takes place between the concentration camp of Majdanek, Poland, and a former Nazi labor factory in Germany is actually a journey into the past, retracing the memories from the war.

It is also a portrayal of a unique relationship between mother and son. Bogdan devotes almost all his time to Kazimiera—except for the moments when he proudly presents the quaint ugliness of the car to the people he accidentally meets.

James Broughton’s remarkable story spans a lifetime of acclaim for his joyous experimental films and poetry celebrating the human body, finding his soulmate at age 61 and finally, his ascendancy as a revered bard of sexual liberation.

Anne Clark, English poet and spoken word-artist, has been celebrated worldwide on stage for more than 30 years. She set standards as an iconic eloquent, yet modest rebel and is a pioneer of electronic music. The filmmaker Claus Withopf has accompanied Anne Clark for almost a decade and gives deep insight into her life and work.

Stop is a feature length documentary about Floyd v. City of New York, the class-action lawsuit that challenged the New York City Police Department’s practice of stop & frisk, and resulted in the landmark decision finding the practice unconstitutional.

Follows the intimate relationships between incarcerated youth and staff who use love and structure to teach youth offenders how to take responsibility for themselves.

“If we have a lot of young people imprisoned, there is obviously something wrong from the beginning. Like Any Other Kid is showing us a big lesson on the principles of what nations and society has to be.” —Toni Navarro, Director, The Barcelona Film and Human Rights Festival

How climate change has accelerated a collision between one of the world’s most endangered species, North America’s most valuable fishery, and a federal agency mandated to protect both.

“Analyzes the dilemma with clarity, evenhandedness, and empathy.” —The Boston Globe

African communities on the front lines of the poaching crisis fight to protect their wildlife for future generations.

On a journey for an answer to the question, “How high is the price for a better life?,” the directors explore Fort McMurray in the far north of Canada, home of the largest industrial project and the third largest oil reserve on the planet. People from all over the world come here to earn sky-high salaries at the sacrifice of the environment. Film and reality collide as the directors find themselves in their own personal nightmare.

Su Friedrich takes up the camera in a new chapter of her quest to film the battleground of family life. Her mother Lore—who played the lead in The Ties That Bind (1984), a film about her experiences growing up in Germany during the Second World War—plays the lead again, this time kicking and protesting against being moved at the age of 94 from her home in Chicago.

This mesmerizing film, shot in Kyrgyzstan on richly saturated Super-8 footage, is a search for Jamilia, the title character in that country’s famous novel by Chinghiz Aitmatov, about a young woman who rebels against the strict rules of her society.

Over the course of its haunting narrative, director Aminatou Echard introduces contemporary Kyrgyz women who, in talking about this literary heroine, reveal their own private lives and desires, the social rules they chafe under and their ideas of freedom.

“The honesty, determination and authenticity of the women Echard has interviewed will win one over.” —Asian Movie Pulse

This documentary shows the reality of a woman who left everything behind, including her husband and two sons, to seek a better life, and who, in some ways, has known the worst. And speaking of “the worst,” Mrs. B. (whose name is never revealed) knows everything there is to know about the trafficking of North Koreans.

Over a decade, she has learned the tricks of the trade herself and runs a trafficking business from her small farmhouse in northern China. Now, she plans to return to Seoul herself, seek refugee status, see her Korean husband and sons again, and then send for her Chinese husband and his octogenarian parents.

“Reveals sentiments very much out of sync with the mainstream representations of North Korea, its people and its relationship with its neighbors… Powerful.” —The Hollywood Reporter

In Austin, Texas, fifteen people influence what is taught to the next generation of American children. Once every decade, the highly politicized Texas State Board of Education rewrites the teaching and textbook standards for its nearly 5 million schoolchildren. And when it comes to textbooks, what happens in Texas affects the nation as a whole.

The Revisionaries follows the rise and fall of some of the most controversial figures in American education through some of their most tumultuous intellectual battles.

“Of all the scary movies you may see this month, none will be more chilling than Scott Thurman’s documentary about the Texas State Board of Education.” —New York Daily News

People in Nebraska wholeheartedly welcome refugees and show that the newcomers enrich their communities, their economies, and their lives.

Looks at the role microbes play in the development, physical and mental health of our children, and argues that good health may begin with kids playing in the dirt.

“This timely program is informative without being alarming.” —Booklist

Activists and thinkers fight for better cities, and refuse to stop riding bicycles despite the increasing number of riders killed in traffic.

Jorge is about to become the first person from his village to graduate from law school. Chayo, his pregnant and unmarried teenage sister, faces the most difficult decision of her life. Their father, Antonio, died last year. Meanwhile their quiet and methodical mother, Tere, does her best to support them, selling handmade napkin holders for 15 pesos (about $1) apiece.

“Confirms Hatuey Viveros’ status as a specialist in the cinema of intimate spaces.” —Ambulante

Art, politics and motorcycles: on the occasion of his 90th birthday, John Berger or the Art of Looking is an intimate portrait of the writer and art-critic whose groundbreaking insights on seeing have shaped us for already five decades. His four-part BBC series Ways of seeing opened a whole generation’s eyes.