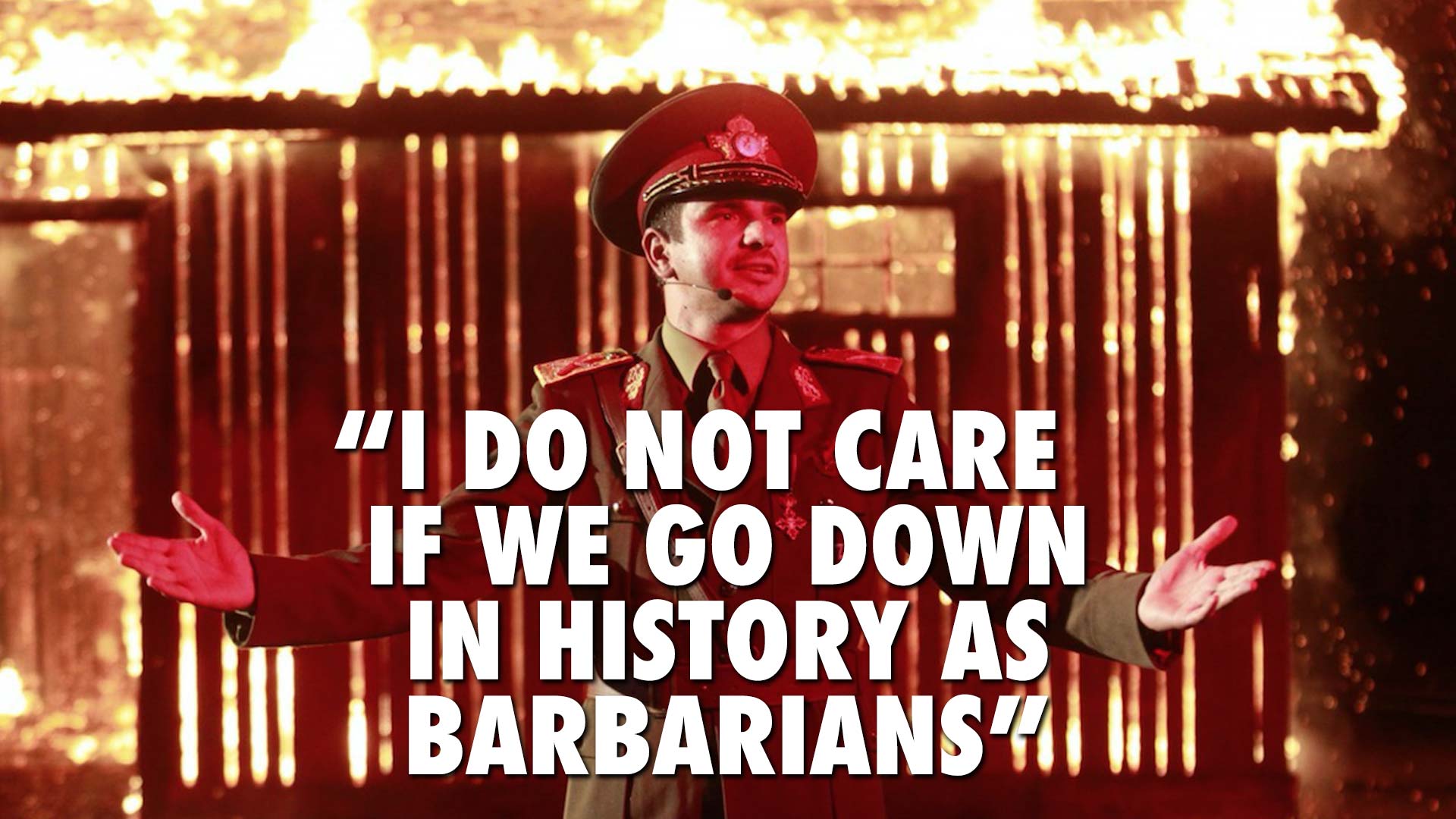 Jude is widely considered to be one of the boldest voices in modern cinema. Jude combines archival footage with montage, philosophical ruminations, and more conventional storytelling to explore the contradictions and misfortunes of modern Romanian society. Surprisingly, Jude’s films are as likely to elicit laughter as they are to inspire intellectual engagement with the tragic arc of post-war history.

Back in 2018, Jude spoke with the East European Film Bulletin about his film I Do Not Care If We Go Down in History as Barbarians, the ways he incorporates archival footage into his films, and how Romanians have responded to his work.

Radu is a lively interview subject, and has a lot to say about how the Romanian educational system devalues arts education and the ability to appreciate challenging artistic expression:

OVID is the exclusive SVOD home for Jude’s films Aferim! and I Do Not Care If We Go Down in History as Barbarians.