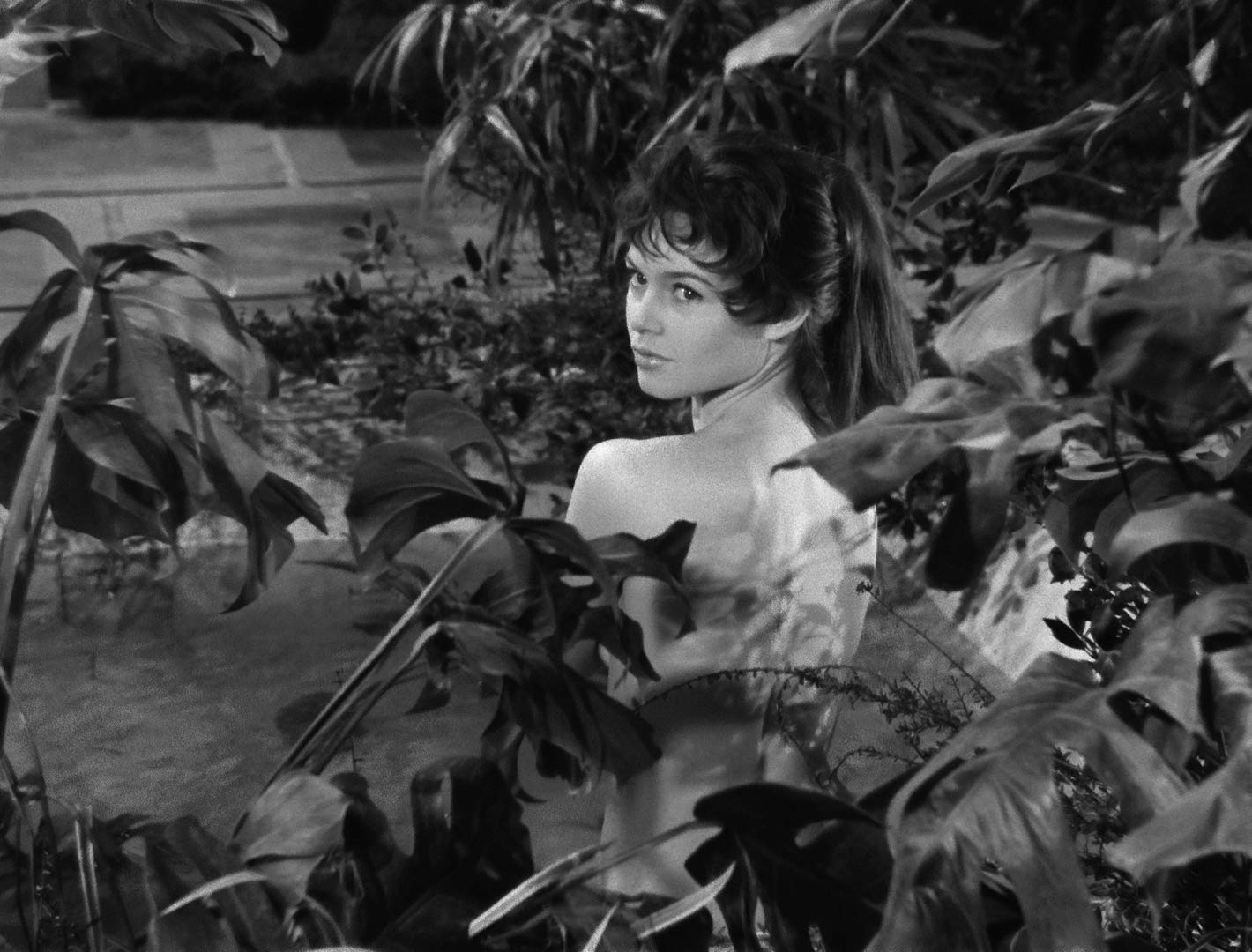 Just in time for Valentine’s Day, OVID.tv is proud to premiere five classic French films in February. All five films will be exclusively available on OVID.

A week later, we offer up two seldom-seen films by Jacques Doniol-Valcroze, central figure of the French New Wave, author, actor, and co-founder of Cahiers du Cinéma: the racy 1960 film A Game for Six Lovers (featuring music by Serge Gainsbourg) and the 1961 political thriller La Denonciation (The Immoral Moment).

These delightful and entertaining works are due for rediscovery, and OVID is proud to be their exclusive streaming destination.

Julietta (Dany Robin) is about to enter into a marriage of convenience. When her train stops in Poitiers station, the young girl gets off and the train leaves without her. She audaciously accepts the hospitality of Landrecourt (Jean Marais), a handsome young lawyer. She moves into his house and gets involved in his life…to the great displeasure of Rosie, his fiancée (Jeanne Moreau).

“One of Marc Allégret’s slickest and most inspired comedies is this hectic ménage à trois farce, a film which effectively combines the elements of social satire, rom-com and vaudeville into one heady gag-packed concoction.” — FrenchFilms.org

Sir Clifford Chatterley (Leo Genn) has come home from the war grievously injured. Now using a wheelchair, he tries to persuade his devoted young wife, Constance (Danielle Darrieux), to take a lover, hoping to ensure his lineage by adopting the child born of this union. At first reticent, Constance quickly becomes aware of the emptiness of her life and grows close to the gamekeeper Mellors (Erno Crisa). Moved by his idealism and sense of purity, she is soon pregnant.

At the music academy of Vienna, Sophie (Brigitte Bardot) and Elisa (Isabelle Pia) are both in love with their singing teacher, the tenor Eric Walter (Jean Marais). But Eric has only true love, his wife the famous opera singer Marie Koukowska (Denise Noël). Marie is more preoccupied with her career than her marriage and spends most of her time apart from her husband. Eric tries to hide his grief by consoling himself with the sensual charms of Sophie and the more romantic Elisa until Marie’s return. Co-written by Roger Vadim.

Two from the 60s by Jacques Doniol-Valcroze

In a manor in the Pyrenees, six people gather for the reading of a will: The mistress of the house, Milena (Françoise Brion), her cousins Séraphine (Alexandra Stewart) and Jean-Paul (Paul Guers), her lawyer and her servants, Prudence (Bernadette Lafont) and Cesar (Michel Galabru). Couples form for a night, and at dawn, the masks come off. With music by Serge Gainsbourg.

Returning to a night club where he forgot his sweater the night before, Michel Jussieu (Maurice Ronet) is the involuntary witness to the murder of a far right-wing journalist. He recognizes the murderers — Eleonore (Nicole Berger) and Patrice (François Maistre), members of a secret political organization he has known since the resistance years. When he is accused of the murders, Michel cannot bring himself to reveal the truth.

“Jacques Doniol-Valcroz propels us into his darkest and most ambitious film.”
— FrenchFilms.org